What the trees have to tell us 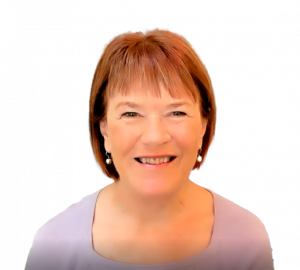 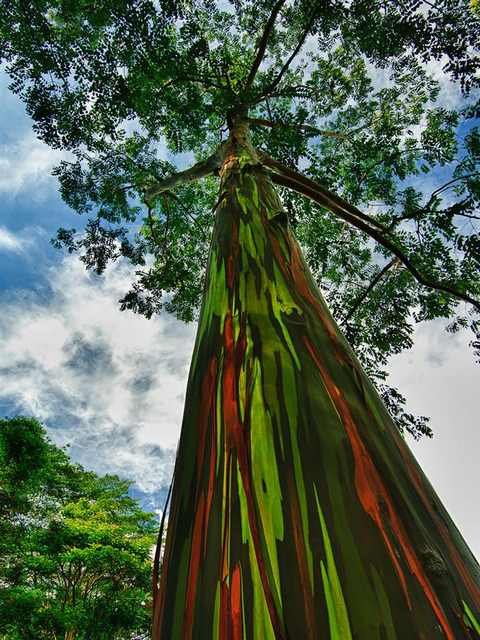 If you want to get in touch with elementals there are many ways and one is through art. Our human friend Elyse Pomeranz has been communicating with old trees in Europe and North America and is creating a whole new art form that we totally support. She finds out what the main work of each tree is and then paints an image of what that looks like.

I recommend you read her article and then get out your paints and paper and take yourself off to an old tree and have a good natter and see what your communication looks like on paper.

The great Oracle at Delphi was a community who devoted their lives to the work of being the voice of the gods. They were able to live and be conscious both in this world of the senses and in the mysterious worlds across the threshold of life and death.

In our time where do we turn to hear the higher voices that guide us towards the unknown? How do we relate to what we call the future? Rudolf Steiner describes two streams of time. The first is that which flows from the past to the present. This is the stream where we, out of experience, can think about what we know, what has “already happened” in the outer waking world.

The second stream of time he suggests, astonishingly, arrives in the present from the future. How can we perceive it or form a relationship with it? Steiner speaks about the human capacity to develop Imagination as an organ of perception. As the human eye “sees” visible light and objects revealed by it….the human heart can become an organ of perception….Imaginative Cognition is the term that he uses to describe the activity of the heart using Imagination to “perceive” the stream of time arriving from the future.

We often say dismissively “Oh that’s just your imagination.” As if to say, that has no value, you’ve “invented” that or “made that up”…..and in fact there is an aspect of inner activity that is fantasy based where we think about what we might like to have or do…..this is something that arises in us and we might project it out into the world. Imaginative Cognition is NOT the same as fantasy but rather it is a receptive, perceptive listening.

For the last thirty years I have been researching Art as a form of divination….where, as with the oracles at Delphi, a question can be posed and through an artistic process wisdom can be invoked. The activity of participating in the art process builds capacities of Imagination, Inspiration and Intuition. The art itself “speaks” and can be observed in ways that allow the meaning to be communicated. These three capacities of Imagination, Inspiration and Intuition, no longer haphazard, chance experiences but rather, are capacities that can be called on for any activity involving thinking, feeling and creating.

Trees Communicate with us through Images

My most recent research in this area began about three years ago when I had an idea to work with a tree through meditation/visualization and to “ask” the tree what it might like to show on paper with line and colour. I “listened” to the response, trusting the image/thought that came to me. I did this for several hours slowly building up a “picture”. (I use Derwent Inktense pencils for this work which can be used as a drawing pencil then that is wetted, allowed to dry and drawn over again without changing the original colours placed on the page.)The result was intriguing and I moved over to a second tree, it was the same type (Silver Maple about 60 years old) that grew nearby….the second picture was dramatically different from the first.

There were two more trees growing in proximity and I did the same thing with each. Again there was an astonishing variety between the pictures…this raised many questions and set me off on a journey that included working with trees as old as 2000 years ( an oak in Glastonbury , England). I have about 160 of these tree “conversations” in art. I have worked with trees in urban settings as well as rural/wild areas in the United States (New York City), England (London and also Hereford, Glastonbury, Avebury, etc.), Wales, Ireland, Slovenia, Spain, Sweden, Guatemala and Canada (the Toronto area).

A tree will have a certain “function” that it performs on behalf of a certain area and they also have a “personality” or tree spirit. I am discovering that the trees of a certain species, say Oak, which have many varieties do have certain tendencies to be “STORYTELLERS” who offer images/stories and also seem to be interested in the “news” of the world.

I find that trees will sometimes show me something about human activity that is taking place near where it is growing. One example was a Linden tree in Slovenia (see image) that I was able to return to after an initial brief conversation (I was constrained by travelling with a group who had to leave that site at a certain time). I discovered under its canopy a group of local people dressed in traditional costume, playing local instruments and singing and dancing! I realized that this was a celebratory tree that participated in local culture and traditions!! I was taken back to be shown the “meaning” of the image I had received from the tree.

I have worked with a wide variety of trees including Linden, Maple (many different kinds including the Sycamore or Plane trees in London), Beech, Cypress, Cedar of Lebanon, Pine, Fig, Olive, Mango, Avocado, Hocote (unique to Guatemala) and more.

Some trees seem to be participating in what I would call a global network of tree being/consciousness…able to offer/facilitate new thoughts/imaginations to human beings in response to our questions and conflicts. I feel that our relationship with trees is a vast and rich resource that through collaboration and this new form of “divination” or listening communication can infuse our thinking about world problems AND ALSO PERSONAL problems to a new level.

Finally I am delighted to report that trees also seem to have a very good sense of humor! I have come to enjoy what I call “Tree jokes!”….Certain trees, in particular, the very old (300 years plus) Oaks in Sweden, can enjoy having a joke at my expense!!!!

I invite you to open yourself to trees to explore new dimensions of relationship. I have started to work with groups, introducing one way of connecting with the inner world of trees! Many people that I meet have a story of a certain tree that was important in their life… a kind of special place, a tree “confidante”. I was laughing with another tree enthusiast as we imagined parades in the future, much like the gay pride parades of today, but instead they will be for all the people “coming out of the woods”. Dendrophile (lovers of trees) of all ages, religions, races and nationalities!!!

Elyse Pomeranz lives in Toronto, Ontario, Canada. She is an artist, educator (Waldorf Teacher /Mentor), facilitator, art therapist, writer and craftswoman. She is currently working on creating a website where the tree conversation images and is happy to be contacted for questions or comments at elysepomeranz(at)gmail(dot)com.

Share this
PrevPreviousAn interview with Dorothy Maclean: Co-Founder Of Findhorn
Next10 Things to know when working with elementalsNext